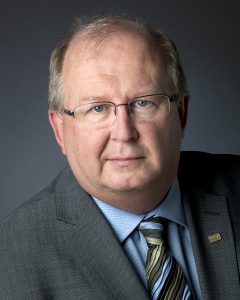 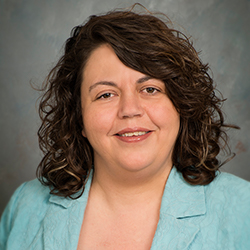 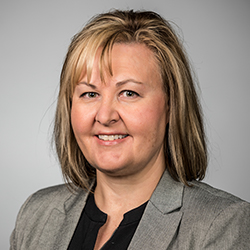 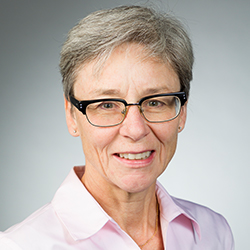 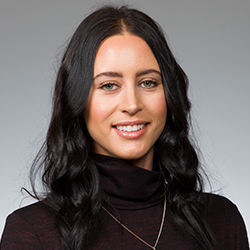 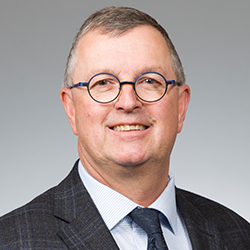 Director of WORKSAFELY™, Education and Training 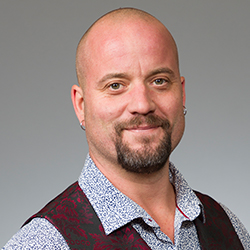 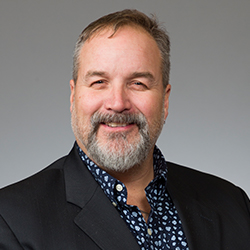 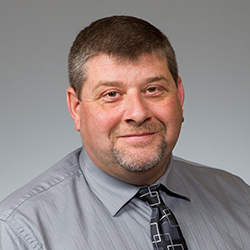 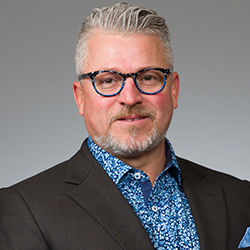 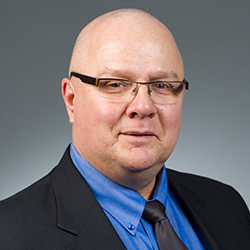 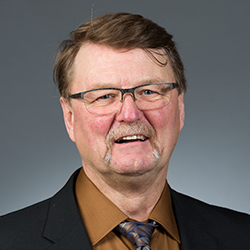 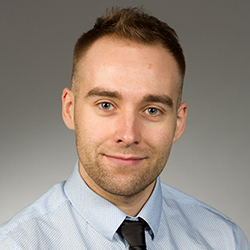 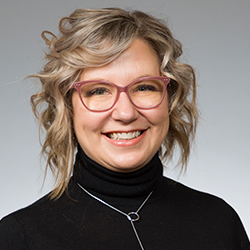 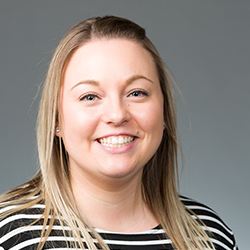 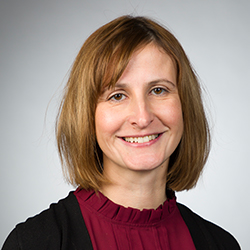 Mr. Lorenc served on Winnipeg City Council from 1983 until his retirement from public office in 1992.

Mr. Lorenc has served as a member since 2000 of the Manitoba Employers Council; a founding member (2009) and past Board Chair (2016-2018) of the CentrePort Canada; founding Chair (since 2004) of the SAFE Roads Committee; member (since 2014) of the Winnipeg Blue Bombers Board of Directors and member of its Governance & Nominations Committee.

Since 1991, Mr. Lorenc has been active with the Canadian Construction Association and serves on its newly constituted Civil National Advisory Council (Civil NAC).  He has been a leading advocate championing the links between strategic investment in trade infrastructure and economic growth. His contributions at the national level were acknowledged with a public recognition by the CCA, the first time a chief operating officer has been so recognized.

The report of the Mayor’s Trade Council, which he he chaired (2007-08) for Mayor Katz, is often cited as the genesis of CentrePort Canada. For this work, he was awarded in June 2009 the ‘Manitoba Service Excellence Partnership Award’ by the Government of Manitoba.

He was founding member of the Manitoba Construction Sector Council (2011); served as chair of the CentrePort Canada Board of Directors (2016-2018); Winnipeg Football Club Corporate Secretary and member of its Executive Committee (2016-2018); employer representative on the Manitoba Labour Board (2008-2018); employer representative on the WCB Act Legislative Review Committees in 2005 and again in 2017; employer representative on the WCB Board of Directors (2016-2018) and chair of its Prevention Committee (2017-2018); he chaired the Winnipeg Metropolitan Region Master Transportation Plan Implementation Task Force in 2015-2016 resulting in a report Transportation Driving Growth (2016); in 2014 he initiated and was named chair of the CCA Aboriginal Engagement Best Practices Task Force, whose report Indigenous Engagement Guide is the first best-practices guide designed to assist the construction industry to meaningfully engage with Canada’s Indigenous communities.

Mr. Lorenc has served on numerous civic and provincial policy task forces. He is often invited to speak to a variety of forums and to comment in media on broad public policy topics.

Mr. Lorenc has been married to Maria since 1981; they have three sons – Marek, Gregory and Michael. Mr. Lorenc enjoys reading, boating and spending time at the family cottage at Winnipeg Beach.

Wendy is a highly organized and detail-oriented manager who is responsible for a number of MHCA financial portfolios. Wendy manages the finances for MHCA’s WORKSAFELY™ and WORKFORCE™ programs, and also oversees the finances of The Road and Infrastructure Program of Canada (Manitoba) and the Western Canada Roadbuilders and Heavy Construction Association.

Dealing directly and professionally with many departments, agencies and individuals to produce error-free financial reporting, Wendy’s diligence helps the MHCA achieve objectives set out by the executive and management team. Wendy’s attention to detail and her organizational skills are key assets in her responsibilities to coordinate Board and Executive Committee meetings, managing human resources and assisting legal matters. Wendy joined the MHCA in 1993.

Christine is a creative and dedicated professional with promotional and management expertise, delivering exciting, successful events that exceed expectations. Responsible for overseeing all major MHCA events, she is the driving force behind Golf Classic Tournament, Spring Mixer, Chair’s Gala, and Breakfast with the Leaders. Her experience in event planning, promotion and sponsorship, combined with impressive organizational skills, explains why MHCA events are popular and deliver great value to the association and attendees.

Christine is responsible for growing and maintaining the MHCA membership base, which she does through promoting and communicating the benefits of the association to the heavy construction industry throughout Manitoba. Christine joined the MHCA in July, 1999.

Catherine Mitchell is the MHCA’s policy analyst and has oversight of the association’s communications strategy and projects.

Catherine joined the MHCA in 2016, following 30-plus years with the Winnipeg Free Press as a journalist. Her last 16 years at the Free Press was spent as a member of the editorial board, during which time she received a National Newspaper Awards merit citation for her writing.

She draws upon experience in public policy, and editorial and commentary writing in her responsibilities at the MHCA for policy analysis, advocacy, community and government relations, communications and issues management.

Catherine has direct oversight of MHCA’s media relations, publications and printed materials, including the association’s annual membership directory, annual report, bi-annual supplement in the Winnipeg Free Press and the Heavy News, the industry’s go-to weekly news source. She is a resource to numerous association committees, and regularly attends industry and business events in the community to keep the association’s members on top of economic and community developments.

Jocelyn joined the Manitoba Heavy Construction Association in 2016, as the office administrator. She holds an Office Technician Certificate from Red River College and has worked in the administration field since 2007. She has extensive work experience in the heavy construction industry.

Jocelyn is diligent and efficiently manages numerous files at any given time. She is a proven asset to the MHCA, often the first point of contact for members, industry workers, suppliers that assist in MHCA business, and the public.

Lee joined the Manitoba Heavy Construction Association in 2018, as the marketing & communications coordinator. They hold a masters of business administration from Brock University and have worked in marketing related roles since 2015. Lee moved to Winnipeg in July of 2018.

At the MHCA, Lee manages the association website, compiles the Heavy News each week and prepares marketing materials for the association and its many annual events. They support the WORKSAFELY™, Events and Communications programs and activities, and coordinate the multi-stakeholder SAFE Roads Committee and its bi-annual awareness campaigns.

An economist by background, Don Hurst has been the director of the MHCA WORKSAFELY™ Education and Training Program since 2015.

Don joined the MHCA after nearly three decades in public service at both the provincial and federal levels.

Don is responsible for overseeing all education and training-related programs, including the delivery of the COR™ safety program, heavy construction industry workforce training and advocacy in the areas of safety and health legislation, policy and enforcement, and WCB prevention policy.

Don has extensive background in economics and strong executive leadership skills. His experience in various government departments includes developing policy in economic development, finance and taxation. As the past director of Workplace Safety and Health for the province, his responsibilities included new developments with government legislation; the first joint prevention plan between the Workers Compensation Board and government; and the development, approach and implementation to inspections, regulations and compliance awareness within the construction sector. It was the relationships he built along the ways that led him to MHCA.

Phil is a graduate of Red River College’s Occupational Safety and Health Program. Phil is a seasoned safety professional with extensive work experience in Manitoba’s heavy construction sector. He has attained designations in the safety, health and risk management disciplines, including: National Construction Safety Officer (NCSO); Gold Seal Certification for Construction Safety Coordinator (GSC) through the Canadian Construction Association; and a Certificate in Risk Management (CRM) from the University of Winnipeg.

Phil participates on industry technical committees as a subject-matter expert in the National COR™ Safety Program.  He plays a key role in administering the National Construction Safety Officer designation on behalf of the heavy construction industry safety practitioners.  Since joining the MHCA in 2007, he has been instrumental in promoting and helping employers in the industry successfully attain and integrate COR™ and SECOR™ certification.

Ed joined the WORKSAFELY™ team in 2012, after many years in the insurance industry as a loss-prevention analyst. At WORKSAFELY™, Ed delivers COR course instruction, reviews internal and conducts external audits, conducts spot safety inspections at company worksites and makes site visits. He is WORKSAFELY™’s lead advisor on traffic-control coordinator and flagperson training.

Trevor comes to WORKSAFELY™ with a background in kinesiology and athletic therapy. He holds a Bach. of Physical Education degree from University of Manitoba and also the National Construction Safety Officer designation.

He has over 10 years of experience working in bodily injury insurance with Manitoba Public Insurance and the Workers Compensation Board of Manitoba.

Trevor began working in the construction industry as a director of operations/safety coordinator when a friend requested assistance in acquiring COR for his fast-growing company.

Dave joined MHCA in 2015 after retiring from a management position at Hudbay Minerals. At Hudbay, he worked in a variety of roles, including co-chairing the Health and Safety Committee as a union representative, and serving as chief union steward before entering Hudbay management in 1996.

A Manitoban of Metis descent, Dave has a passion to help business and employees across northern Manitoba meet their safety and health goals through training and awareness. He believes that follow-up with people is critical in the COR process and that monitoring through auditing allows for continual improvement in the industry.

Gerry joins us after working at Manitoba’s Workplace Safety and Health branch from 2013-2017. He spent 10 years working as a safety manager in the heavy construction industry.

Gerry brings extensive experience and knowledge of the heavy construction industry and the COR™ program, and holds both the National Construction Safety Officer and Gold Seal certifications.

Delaney joined the WORKSAFELY™ team in 2018 as a client services advisor. He holds a Bachelor of Environmental Science from the University of Manitoba. Working previously in retail, the service industry and agricultural technology development, he went on to graduate from the Occupational Health and Safety program at Red River College.

At the MHCA, Delaney now serves as a safety advisor for the Winnipeg Region and hopes to learn more about the heavy construction industry by conducting audits and teaching classes.

Jackie joined WORKSAFELY™ from Manitoba’s Workplace Safety and Health branch, where she had 8 years’ experience interpreting and assisting officers in the enforcement of WSH Act and regulations. Jackie is a highly motivated, ambitious person with good analytical and writing skills.

As the WORKSAFELY™ Education and Diversity Programs Advisor, Jackie is responsible for the ongoing development of WORKSAFELY™ education and training, program service and training delivery, program promotion and growth and Gold Seal Certification.  Jackie has been appointed to the Manitoba Common Ground Alliance Executive Board.

She is certified in Adult and Continuing Education (CAE). She was key to producing WORKSAFELY™’s e-Newsletter, which has been published since summer 2017.

Sarah worked as a personal lines insurance broker for 3 years before joining the Alberta Construction Safety Association where she worked in the COR™department. Sarah moved to Winnipeg in 2011, and joined the MHCA in 2012.

At the MHCA, Sarah oversees the WORKSAFELY™ program database for the COR™ program. She is responsible for developing customized COR™ manuals, promoting and coordinating e-COR™, and overseeing the application of COR™quality-assurance procedures and the quality assessment of training program delivery.

Kristen has 15 years of experience in administrative roles, including within a college environment where she handled registrations, enrolment and student record keeping, bookkeeping and database management.

Kristen plays a vital support role to our WORKSAFELY™ education and training program, maintaining our data base and ensuring all COR™ -program company and training records are accurately recorded.

She serves as the primary contact for course inquiries and registrants, prepares materials for training sessions, and provides necessary materials and information to companies seeking to register for the COR™/SECOR™program. Kristen joined the MHCA team in 2016.