Finance Minister keys in on budget savings, roll-over of under-expenditures 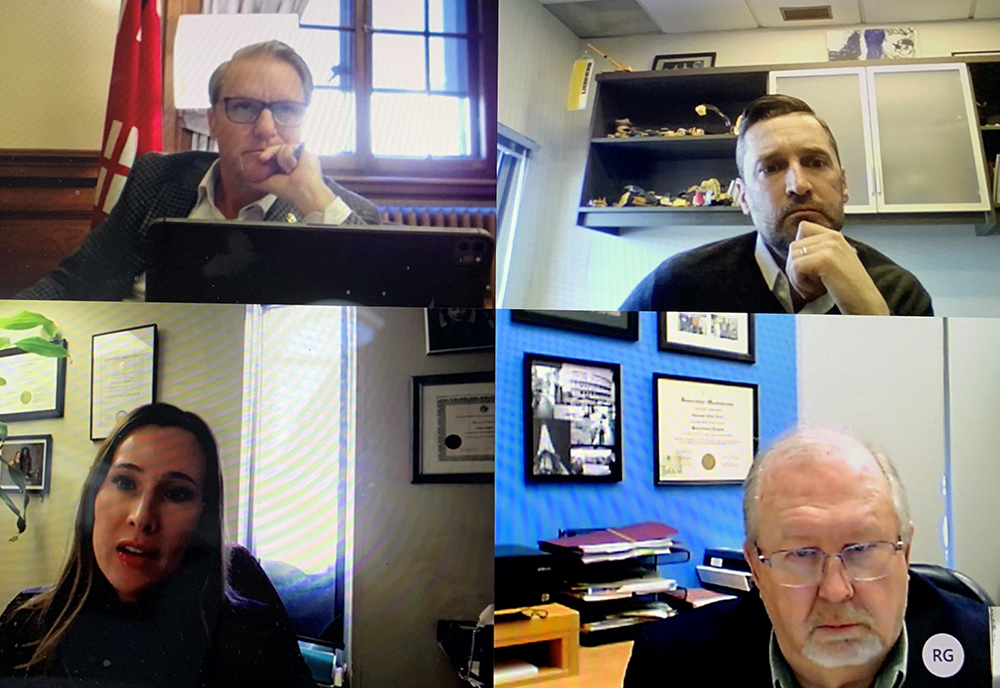 Friesen met with the MHCA February 17, to talk about the industry’s priorities and pre-budget suggestions, in the run up to the coming 2022/23 provincial budget.

Friesen asked why under-expenditures of the highways capital budget persist each year.

Manitoba Transportation and Infrastructure has previously released figures to MHCA indicating that in 2020/21, some $60.9 million was under-expended in the highways capital program, a significant amount due to competitive prices returned on construction tenders. Some $22.9 million was rolled over to the 2021-22 budget year.

Friesen was concerned about the industry’s capacity to deliver the work tendered. MHCA Board Chair Nicole Chabot assured the minister the heavy construction industry has ample capacity, noting the 2015-16 highways capital budget topped out at $628 million. Meanwhile, the 2022/23 base budget should reach $387.5 million (before carry over), as part of the government’s 2019 pledge to move in phases to $400 million.

In fact, Chabot noted, some contractors are thirsting for work and more focus on balancing the highways capital program with tenders that target all lines of the industry, would address that.

Dennis Cruise, MHCA Board Vice-chair, stressed to the minister that a competitive industry delivers better pricing on tenders, which returns better value to the program budget level.

Moving to multi-year budgets and program planning would allow the department to line up construction projects “on the shelf”, ready to be pulled down in any given year should tenders come in underestimate, allowing more work to be done, MHCA President Chris Lorenc added.

Further, scoping and timing of tenders and projects allow the industry to look ahead, plan their work force and supplies well in advance of the construction season, allowing for work to start immediately when the spring allows.

The discussion turned to ways in which industry and department officials could work together to ensure the budget and program planning proceed to serve the interests of industry and government and, ultimately, the taxpayer.