Multi-year strategic investment of $2 billion a commitment to economy, future 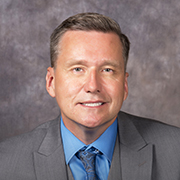 As Minister of Transportation and Infrastructure, I was looking forward to this year’s post-budget breakfast hosted by Manitoba Heavy Construction Association, Manitoba Trucking Association, and the Canadian Manufacturers and Exporters – MB. Unfortunately, nature had other plans and the breakfast was cancelled due to a forecast blizzard. Instead, I’ll share here some exciting post-budget thoughts.

First, let me assure you that Manitoba Transportation and Infrastructure values the work done by the heavy construction industry. We understand that your industry is a partner in the economic recovery of Manitoba.

A strong economic recovery for Manitoba begins with robust, strategic investment in infrastructure across the province. By supporting key trade corridors, and recognizing Manitoba’s potential as a transportation hub and gateway to national and international markets, we will build our economy to pre-pandemic levels, and begin to achieve our economic potential.

Budget 2022: Recover Together, is a historic budget for Manitoba. It introduces, for the first time in our province’s history, a three-year capital plan with key priorities to strengthen, invest in, and build on the province’s infrastructure. This three-year horizon brings Manitoba in line with all provincial and large municipal governments in Canada and commits over $2.4 billion in strategic infrastructure investments between 2022 and 2024.

Over the next ten years, Manitoba will be recognized as a national transportation hub, linking east to west, north to south, and enabling strong economic activity within and across our borders.

Planned strategic investment in roads, highways, bridges and flood protection over the next three years totals over $2 billion and represents our commitment to building our economy and investing in Manitoba’s future. This includes a minimum investment of $1.5 billion in Manitoba’s highway network to support some of our key initiatives, such as the Winnipeg One Million Perimeter Freeway Initiative and the Trade and Commerce Grid Initiative, to ensure Manitoba products reach provincial, national and international markets.

We are investing approximately $100 million this year in an access-controlled Perimeter Highway freeway system, focused on immediate safety improvements. We are also pursuing major enhancements like the St. Mary’s Road Interchange Project and the McGillivray Blvd – Provincial trunk Highway (PTH) 3 Interchange Project. These improvements will ensure the efficient movement of goods along our key international trade corridors, including PTH 75 and PTH 1 (the Trans-Canada Highway).

We will also continue investing in key trade and commerce routes across the province. From agricultural products to oil and gas, from forestry to mining, and to manufactured goods, Manitoba industries will find safer and more efficient routes to our key trade corridors.

It is important that we also look to investing in climate resiliency and adaptation. We must plan today for more frequent flooding and other weather-related events. The more we invest now in mitigation, the less we will ultimately spend on recovery from disaster.

I would like to emphasize our continued commitment to flood protection in this province. It is more important than ever that we construct the Manitoba Outlet Channels. Indigenous consultation and engagement is continuing as the federal environmental process proceeds toward its final stages. With federal support, we are optimistic that construction will begin next winter.

The three-year plan reflects over $400 million in water-related infrastructure, including the Manitoba Outlet Channels project, and other major projects like the rehabilitation of the Rivers Dam. These investments are critical to ensuring that our infrastructure protects us from future floods and other extreme weather events.

This three-year commitment and long-term vision are designed to help the Manitoba heavy construction industry plan its own investments and growth potential so that together we can build a strong future.

Doyle Piwniuk is the Minister of Manitoba Transportation and Infrastructure